The inaugural First Watch Sarasota 5K will be held Saturday, October 19, 2019.  The course will begin at 7 a.m. off Main Street, make its way around to downtown neighborhoods back to Main Street before finishing on Central Avenue near Selby Five Points Park.  All participants will be off the race course by 8 a.m.

The 14th Annual First Watch Sarasota Half Marathon, Relay and 10K will be held on Sunday, October 20, 2019.  The race is scheduled to begin at 6:30 a.m. at 10th Street and the Van Wezel Performing Arts Hall, 777 North Tamiami Trail, Sarasota.  All participants will be off the race course by 10:30 a.m.

Due to the race participants sharing the roadway along the race route, there will be temporary lane closures at the following locations:

Boaters planning to use the 10th Street Boat Ramp on Sunday may wish to use the Ken Thompson Parkway boat launch due to the race traffic.  Drivers, residents and spectators are asked to have patience before, during and after the race with temporary lane closures.  Drivers are urged to use caution during the event.

Drivers can expect delays due to temporary lane closures and the increase of traffic volume during the late morning hours.  Neighborhoods affected by the race course are being asked to plan accordingly.

Sarasota Police Officers and Volunteers will be posted along the route to assist motorists and residents in congested areas and to ensure the safety of the Half Marathon participants. 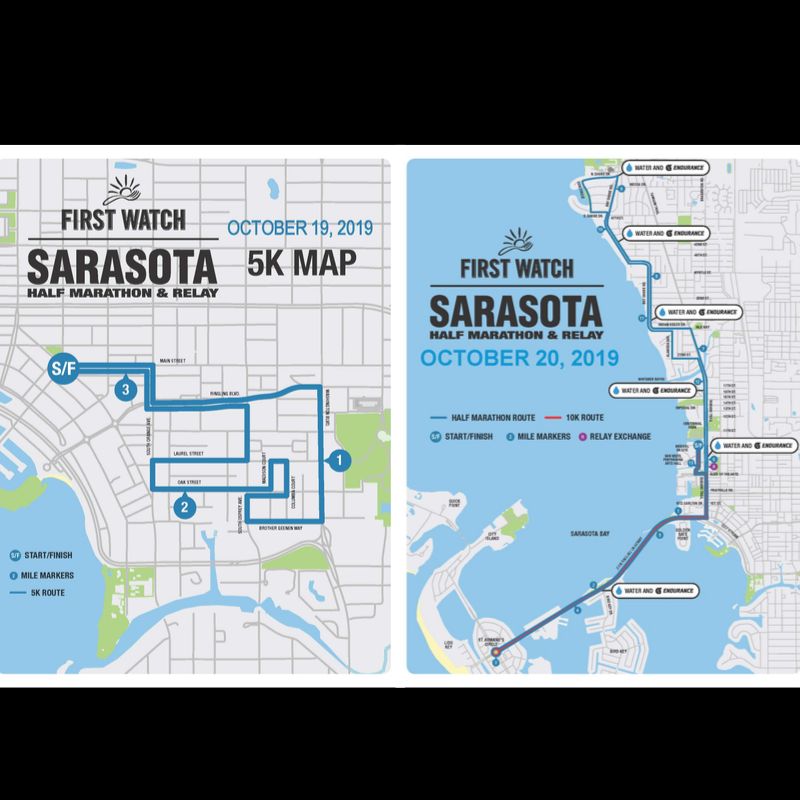